Any remarks or questions on the life of Sergei Vasilyevich Rachmaninoff can be posted here.
Post Reply
62 posts

Each message of user ccarltonn45 are replyes of a robot - he just quotes the previous messages of the forum users! If you could delete all his messages that would be perfect.
And please delete this my message also! My favourite topic is devoted to Rare photos only!
http://vk.com/Rachmaninoff_club
Top

He has been dealt with.... thanks for the info!


Marianne wrote:Actually he quoted YOUR message from the first page of this topic

Zane, it is good to hear from you. Thanks for posting the picture of SVR's lovely granddaughter. Her musical talent and singing role were news to me. She adored her grandfather; no wonder!
Lately, I have been listening to Youtube postings suggested my Marianne, a few at a time, since I am overwhelmed by my piano students.
As an alternative to mindless TV shows - whenever time allows - I turn on the stereo and hear SVR's recordings (from the Red Seal box). At this point, the pieces are a rediscovery, and I can pick up certain definite Rachmaninoff characteristics.
Keep us informed from your huge fund of Rachmaninoff information!
Opus23#10
Top

Here is one which I am almost certain is unknown to most people - Princess Sophie Wolkonsky in the 1960's aboard the SS Argentina being presented with a prize for winning "the grand derby". I can't upload it, but there is a link to the website which includes this photo. Very lovely photo - Barrie Martyn indicates in his book on Rachmaninoff that Princess Sophie died in 1964. She wrote verse which Rachmaninoff set to music - 8 songs which were thought to be lost, but rediscovered and recorded in orchestrated versions with choir and soprano for a documentary film "Sophie's Songs" which may be released this year or next (it's been 7 years since production started!). A 1946-1947 recording of Princess Sophie singing two of these songs accompanied by Jacob Lateiner (words by Sophie, music by Rachmaninoff) as well as 7 Rachmaninoff songs is supposed to exist at the Library of Congress recorded sound division. I just found this out according to a post of someone who had heard the recording over 30 years ago. I must have a listen to this - it is absolutely unknown music of Rachmaninoff, Sophie's Songs, which in Bertennson and Leyda's biography is listed as a lost manuscript. Not anymore

A great photo, Zane! Thank You!

Thank You, Concertoboy, also! Let us wish that this topic will be filled with new photos this year!
http://vk.com/Rachmaninoff_club
Top Rachmaninoff together with Serge Jaroff and his famous Choir
http://vk.com/Rachmaninoff_club
Top Here is one more rare photo 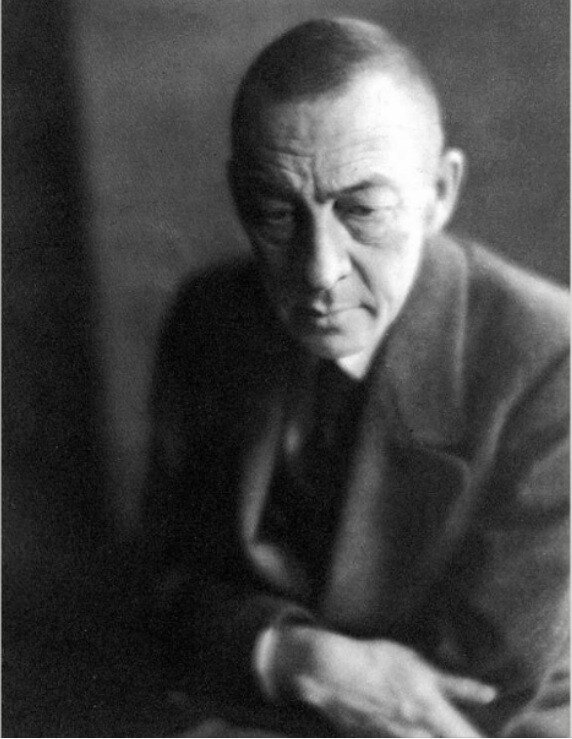 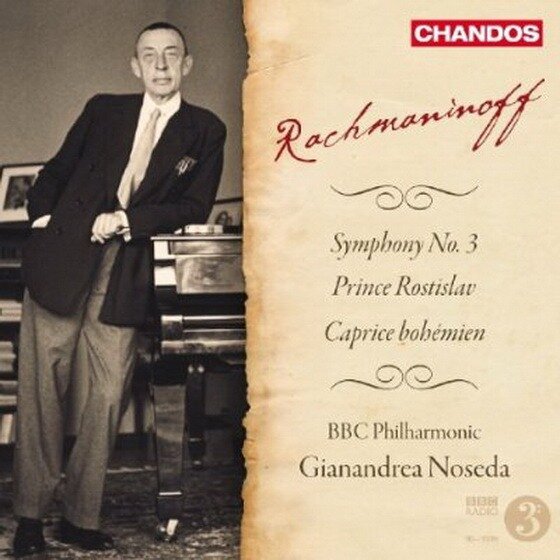 Marianne wrote:Yes, that's true! But that's why we like Rachmaninoff the best Interesting photo. Wish I had it in better resolution.

Where could this take place? Who was the initiator of making this supper - Steinway?
Also why there are no women on this meeting?

We need you on this forum, as well as in Russia! To answer the question you posed four years ago, this dinner was given by the American Piano Company, a union of American piano manufacturers which together created the Ampico re-enacting piano, a player piano for which Rachmaninoff, Richard Strauss and many other pianists recorded. Unusually, Strauss recorded some of his song accompaniments, with the aid of Elisabeth Schumann, so that it is still possible to present a concert in which a live singer is accompanied by Richard Strauss. At the end of the American trip, on 22 December 1921, Elisabeth Schumann gave a recital accompanied by these music rolls, during which Strauss sat in the audience and listened to himself. A similar recital took place at the Vienna Opera in early 1923.
Top 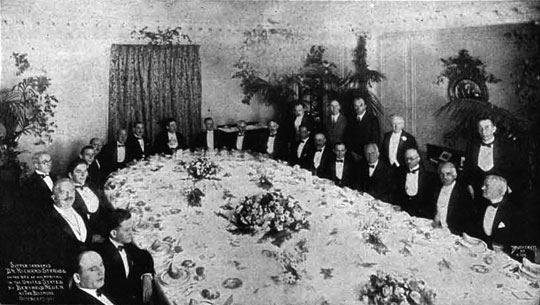 Here is another version of the same photograph. I have deciphered most of the text under the first version, which reads: 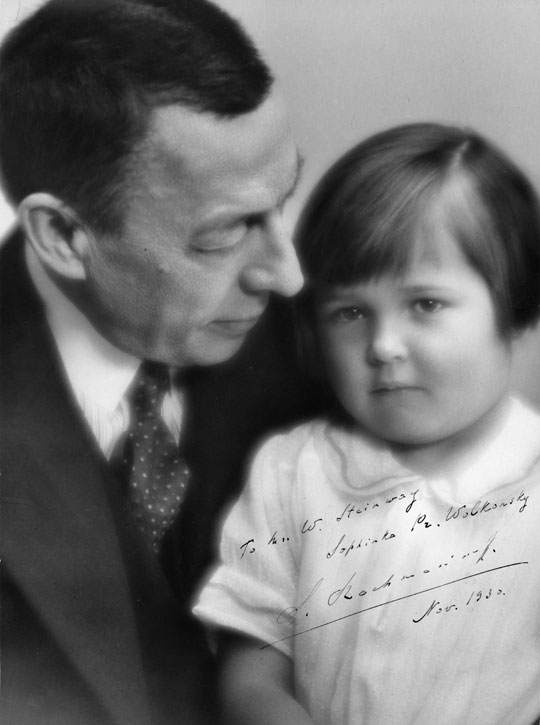 Here is an early photo of SVR and his granddaughter, Sophie Wolkonsky, signed by Rachmaninoff and dated November 1930. William R. Steinway, to whom it was addressed, was the Director of Steinways' operations in Europe. Just look at the gentleness in Rachmaninoff's face - that's my hero!
Top 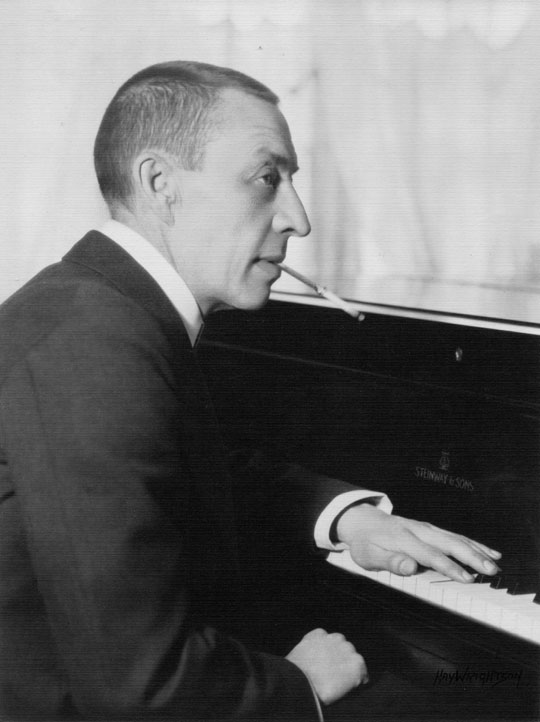 There is no date on this one, but the photographer was Hay Wrightson, and one from the same session was sold by Swann Galleries in New York in November 2005, and signed and dated 1924 by Rachmaninoff. Hay Wrightson was a London photographer, much of whose work is to be found at the National Portrait Gallery.
Top

Its really a nice post and rare photos too. thank you so much for the interesting information and photos. This site helped me to know more about Rachmainoff.
Top
Post Reply
62 posts

Users browsing this forum: No registered users and 2 guests