Any remarks or questions on the life of Sergei Vasilyevich Rachmaninoff can be posted here.
Post Reply
62 posts 1901, the music autograph for Ziloti - which fragment from which opus do you guess is written here? Rachmaninoff's arrival to Oslo, 1928
On the right hand one can see Issay Dobrowen, a Russian-Norwegian pianist, composer and conductor.
http://vk.com/Rachmaninoff_club
Top Marianne wrote:I search for rare photos of S.V.Rachmaninoff
If you have links, please post.

Plus I wonder, is there any way to see the pictures from the German site:
rachmaninoff.de/themen/bilder.shtml

Here are some of the rare photos that I've found: Rachboy, exactly so! Besides one can find these photos in the most large TIFF extension on
lcweb2*loc*gov/pp/pphome*html just write in the key word "Rachmaninoff"
By the way is it possible to switch off the prohibition for posting the links? It's sometimes a bit annoying that we have to write these * instead . just to mask the link The last photo was obviously made in Senar. As long as I've seen on the photos from modern Senar it looks a bit the same way with the same number of photos on the shelve... We have all the photos from the German site that we wished to find in the beginning of this topic half a year ago... Feels like the dreams come true as soon as you say them to the search machine called Internet 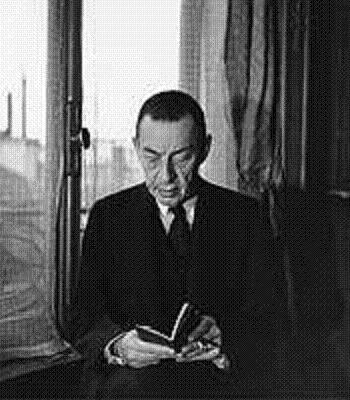 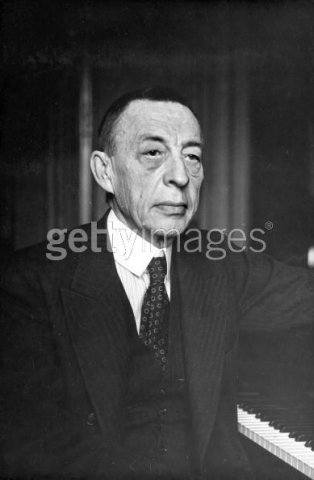 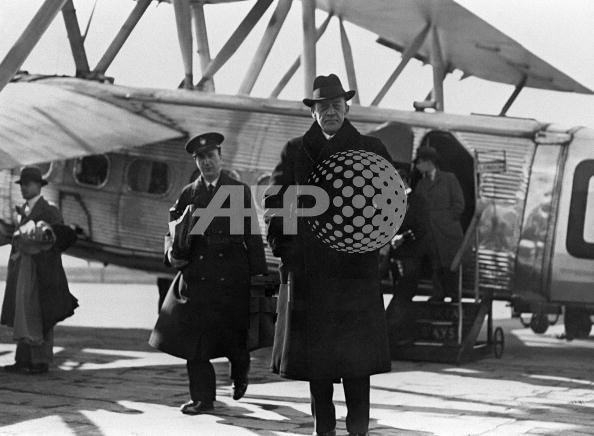 Marianne, I am amazed at how clear that picture from our local newspaper looks!

This collection of photos is remarkable. I am glad you included the picture of Rachmaninoff in his boat on Lake Lucerne. He certainly deserved to relax after so much traveling and so many performances.
Opus23#10
Top

Dear Opus23#10 - and of course I thought of you first of all when I've came across this marvelous photo. You've sent it to me printed in the newspaper and that photo in the newspaper is much more dear to me than this one, though this one is more "clear" : - )

I can't believe I never updated my favourite topic on this board for almost three months!

And there were new photos that I came across in this period. One from ebay: And my group in Russian facebook - vkontakte - there are already 8 563 members in it now!
http://vkontakte.ru/club5026591
You can congratulate me! Especially because I never developed it in these three months!
May be because I have a good support - among the administrators of SVR's group is Denis Evstuhin, I mention this name because he is not just the ordinary human being like me but a true pianist : - )

You can listen to his new record of SVR's Sonata here:

Among other new records on youtube you can watch

We've studied in the same music school in Sebastopol, Crimea with this guy, I am happy that he plays Rachmaninoff!

and a friend of mine brought me the disk of the compositions by ISSAY DOBROWEN
envy me! this one:
simax*musiconline*no/shop/displayAlbumExtended.asp?id=28940

and youtube*com/user/Beckmesser2 keeps downloading on youtube rare records from the collection known as The Dawn of Recording - ot the teachers of SVR playing - Taneev, Pabst and Arensky.
http://vk.com/Rachmaninoff_club
Top From the Life magazine.
http://vk.com/Rachmaninoff_club
Top

Thank you so much for sharing these. Although I have listened to SVR for many years, I never thought to look into the man behind this beauty until recently.
Top

Valeretin, if you are just now starting to study the life of Rachmaninoff, you are in for some wonderful reading. The composer's own letters, as well as letters written to him, are in the biography by Bertensson and Leyda. This is just one of the good books about Rachmaninoff. The material in the members' section is very informative also, as is the forum. Congratulations on becoming a member!

That would be just great!!!

Try to take a picture of it - take a photo first!
If you post here just a picture, I could say wether it is unique or not

Users browsing this forum: No registered users and 3 guests