Recordings unlike any other: Francis Crociata tells about the new 3 CD set  “Rachmaninoff Plays Symphonic Dances” 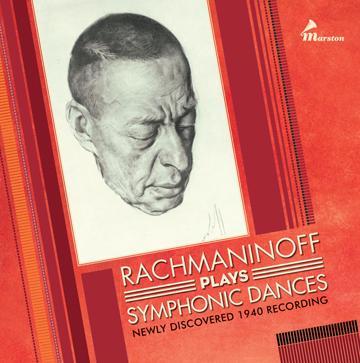 In the coming days Marston Records will mail copies of their new three-disc set entitled “Rachmaninoff Plays Symphonic Dances” to customers worldwide. Every one of them is surely waiting with keen anticipation, for Marston’s set is surely a significant postscript to RCA’s release on LP discs of “The Complete Rachmaninoff”. Since that indispensable set of all of Rachmaninoff’s recordings was issued in 1973, a few “new” Rachmaninoff recordings have emerged, all alternative versions of existing recorded titles, “takes” approved by the composer as alternate versions, including the Second Piano Concerto and the Beethoven Violin Sonata Opus 30 Nr. 3. Now we have the addition of Serge Rachmaninoff playing one of his major orchestral compositions at the piano, recorded “live.”
To complement Rachmaninoff’s playing of his Symphonic Dances, Marston includes four other non-commercial specimens of Rachmaninoff playing:  accompanying the gypsy singer Nadezhda Plevitsyaka in his setting of the Russian Song known popularly as Powder and Paint; then two party records, one with his wife playing Polka Italienne and another with his daughters and their friends at a party singing Bublichki, and more importantly, the only known recording of him playing live before a concert audience.  With these, Marston includes rare recordings of historically important interpretations of his music by some of Rachmaninoff’s closest collaborators —Mitropoulos, Stokowski, Ormandy and Moiseiwitsch.

Since the beginning of the Serge Rachmaninoff Foundation’s and the Rachmaninoff Network’s collaborative activities at Senar, Francis Crociata and Gregor Benko (the “spiritual fathers” of The Complete Rachmaninoff as well as the new Marston set), have been closely involved from a distance, we thought it was appropriate to sit down for an interview exclusive to our website. Francis Crociata kindly agreed to our request.

RN Just like Rachmaninoff's Symphonic Dances represent one of the most convincing conclusions of a composer's oeuvre, this new set brings a truly climactic conclusion to half a century of intense involvement in Rachmaninoff’s artistic legacy. How did the two of you become involved in this?

FC ‘Gregor was co-founder of the International Piano Library in 1965.  IPL’s collections were donated to the University of Maryland in 1976, where the organisation is flourishing and known as IPAM (International Piano Archives at Maryland.) In the course of assembling that archive of recordings, scores, documents, films etc. concerning concert pianists, Gregor discovered that Bell Telephone Laboratories had recorded Rachmaninoff during a recital in Philadelphia in 1931.  He acted as a private sleuth and was able to convince the Bell Labs officials to let him look for the recording.  It took much time and effort, but the precious record, a metal stamper with corrosive damage, was found.  The problem was that the sound coming from those grooves  was terrible. Only recently have new technologies permitted engineer Ward Marston to extract better sound from the Bell Labs experimental records, and purchasers of the new set will be able to hear Rachmaninoff, live in concert, play the first five minutes of the Liszt B minor Ballade.’

‘I myself began collecting research on Rachmaninoff while still in college, which led me in late 1971 to Gregor and the International Piano Library.  He and I have been close friends ever since, and we have collaborated on several projects.  As far as Rachmaninoff is concerned, the most notable was the RCA Victor set of LPs The Complete Rachmaninoff.  (At that time Gregor was working as a consultant for RCA, with Jack Pfeiffer, the RCA Artists and Repertoire man who made so many Heifetz and Horowitz recordings for RCA.)  Both of us interviewed Sophie Satin, who was living in Manhattan with Kyriena Siloti, and she not only told us many things about Rachmaninoff, but also was of great assistance in producing The Complete Rachmaninoff set. Later Gregor and I produced cds of historic recordings of the singer Nina Koshetz and the pianist Jorge Bolet, including two sets for the Marston label.  Gregor has worked with Ward Marston on dozens of projects over the years, and been producer for several Marston issues, including the set of cylinders recorded beginning in 1890 in Imperial Russia by Julius Block (“The Dawn of Recording”), many Hofmann issues, and several others, most recently the set Landmarks of Recorded Pianism, Vol. 1 (which has several delicious piano tid-bits, including a recording of Horowitz trying out the acoustics in the notorious concert hall in New York’s Lincoln Center – one can hear Horowitz shouting “This hall is shit!”)’ 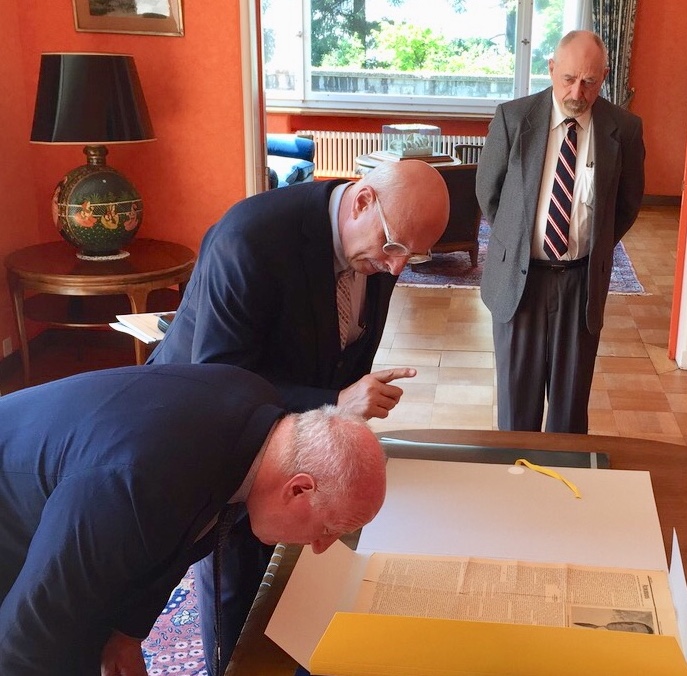 Left to right: Peter Greenleaf (financial contributor to the production of the Marston set), Francis Crociata and Gregor Benko reading a newspaper clipping at Senar

RN The Rachmaninoff Network has profited a lot from your help and advice regarding the Senar collection. In particular, we have corresponded intensively about test pressings at Senar and other single record copies – exchanging matrix numbers and other data. As far as Rachmaninoff's own playing is concerned however, we have not been able to make out any unknown recordings in spite of a lot of rumors according to which there should exist private recordings of Rachmaninoff's last recitals, a broadcast of his performance at the Lucerne Festival and even a movie of Rachmaninoff playing his First Piano Concerto. None of these was found.

FC ‘In the course of our work on Rachmaninoff, we heard many reports about recordings and even a film that were supposed to have been made of Rachmaninoff performing in Carnegie Hall, but we have traced each and every single one of them (often down to the initial source) and all these turned out to be false rumors, until three or four years ago when the recording of the composer playing his Symphonic Dances was discovered. There were many twists and turns to negotiate before the recording could be issued to the public, but at last production work is done.’

RN How is it possible that such an important recording has been overlooked for so many years?

FC ‘Although this material has been accessible since shortly after Ormandy’s death (and a portion of it actually circulated), apparently no one before now had comprehended its significance.  This may be due to the sound quality.  Listening to archival recordings is itself a skill requiring cultivation and patience.  Even with the expertise Ward Marston applied to the sound of the Symphonic Dances recording, we anticipate that some in the general public will be disappointed at the quality of sound.’

RN But surely for many others this is a historic find. Not least because of the importance of this specific opus and the many unanswered questions about its interpretation.

FC ‘The Symphonic Dances are unique also because the composer spoke about the music explicitly and even played portions of it well before the work was completed. Usually he was extremely secretive. There are only very few instances in which he played portions of other works before their completion – some variations from the Paganini Rhapsody for instance. But it was never like the Symphonic Dances. He even gave an interview about them!’

RN The as-yet unpublished correspondence found in the Senar collection testifies to this in a heartbreaking way. In 1944, once the first letters could finally be sent to liberated France, Princess Irina Wolkonsky, Natalia Rachmaninoff as well as her sister Dr. Sophie Satin, all report about this final work to the composer's youngest daughter – who stayed in France and of whom no one in the USA knew for sure if she had been informed of her father’s death. 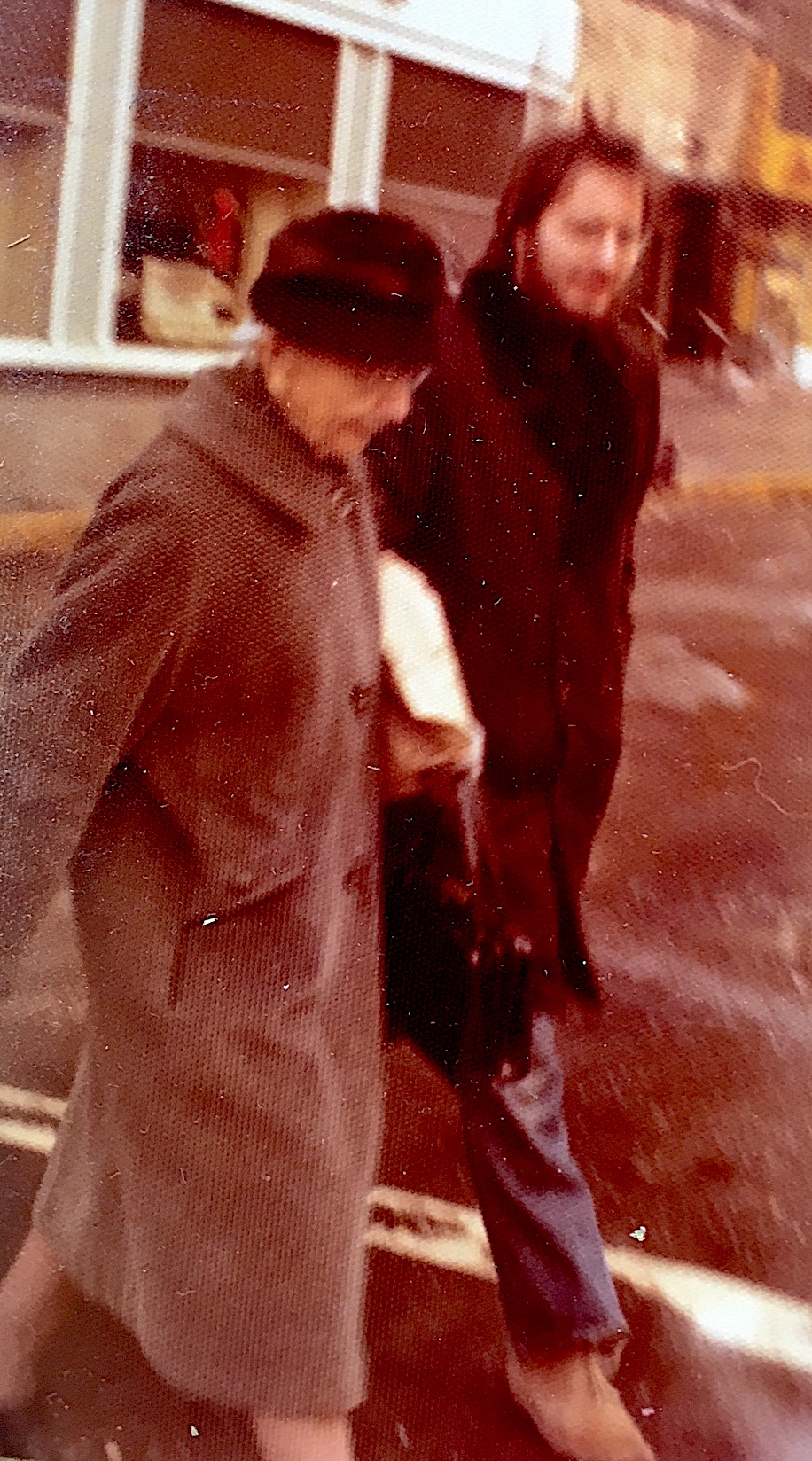 FC ‘Symphonic Dances is my favourite work of Rachmaninoff and has been from my first hearing of it. In fact there are so many quotations from and references to works of his lifetime, you can hardly escape the notion that this work was always intended to be final statement.’

RN The recordings on the new set are also unique because they represent the only cases of Rachmaninoff outside a recording studio. Even about his studio recordings he was very careful, making numerous takes and requiring the destruction of each and every unapproved matrix.

FC ‘The recording of Symphonic Dances is being issued with the Bell Labs recording mentioned above, and several other recordings that put the new discovery in context. We now know how Rachmaninoff wanted his Symphonic Dances to be performed, at least how he did before hearing it sounded by an orchestra for the first time. And, in this set, we present the last sounding of his Dances he ever heard—played three months before his passing, and at his explicit request, by the New York Philharmonic led by his beloved friend and collaborator Dimitri Mitropoulos. (Editor’s note: A private copy of precisely this recording belonging to Rachmaninoff’s youngest daughter Tatiana was among the many poignant finds at Senar.) His playing of Symphonic Dances and the brief, precious glimpse of his playing live in recital in the Liszt Ballade provide tangible evidence to help answer the question: “Was Rachmaninoff’s playing in concert different from his playing on Edison and Victor commercial records, as his friend Hofmann’s concert playing was different from his commercial records?"’

RN And the answer is?

FC ‘Yes, very much so. When asked to authenticate the Ormandy discs, I of course immediately recognised Rachmaninoff's absolutely unique, sovereign sound, with its inimitable, bell-like quality. I find these recordings give evidence of greater freedom of tempo and a fluency of fantasy – of doing things which you will never be able to repeat – in short, a sense of occasion which had often been described by those fortunate to have heard him, but is not represented on his recordings the way it was in the concert hall. This is a judgement everyone can now make for themselves.’

RN Each and everyone is of course interested in future plans you and Gregor Benko are working on. Are there any?

FC ‘For several years Gregor and I have been collaborating on a book about Rachmaninoff and his friend Josef Hofmann.   We are finally finished with the research and are now engaged in producing a manuscript. We have been fortunate to enjoy the co-operation of so many key people over the years, including the Rachmaninoff family descended from his elder daughter, Irina, as well as Sophie Satin and Kyriena Siloti, the Steinway family, Abram Chasins, Marina Koshetz, Ward Marston, Donald Manildi, (the curator of IPAM), Edward Waters (founder of the Rachmaninoff Archive at the Library of Congress) and many others. The book will explore all details of the relationship between Rachmaninoff and Hofmann, the man he considered the greatest pianist among his contemporaries, second only to Anton Rubinstein of all the pianists he'd ever heard.  Rachmaninoff, of course, dedicated his Third Piano Concerto to Hofmann, who initially promised to play it but never did.’