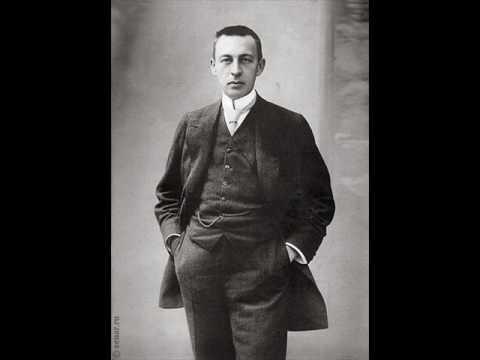 The National Recording Registry of the U.S. Library of Congress has named this recording one of the 250 most important recordings in phonograph history!

"The performance is a true marvel. It is the result of one of the most contentious recording sessions in history; as Stokowski and Rachmaninov feuded over the interpretation. An old feud that started at the first attempt to record these two superstars with the same piece. They couldn't pull it off.

The 1929 session covered two days, in the first day the arguments were so difficult that members of the orchestra had to seperate the two men to keep them from coming to blows. The tension in the first movement from that day is palpable and present on the recording, and it wonderful. On the second day the two Great Egos struck a bargain: Stokowski called the shots in the second movement, Rachmaninov lead in the third movement. It was a brilliant compromise. Stokowski's "adagio sostenuto" has never been surpassed. As for the third movement, the triumphant joy of the finale is just as palpable. One can only imagine the feelings of all involved as the final side was turning on the cutting system. As they reach the coda there is an overwhelming feeling of euphoria in the performance as one of the most difficult recording sessions in history came to a successful outcome".